Last year I got my Cowboy 3 e-bike and I love it. Every day I start riding the bike it feels great, it makes cycling even better than it already is. My only gripe is unlocking the bike with the app, which takes about 15 seconds. This post is about how I built a BLE powered 3 button key that unlocks my bike, and the physical key unlocks the battery.

Here it is in action:

Is it faster? Maybe. But cool? Definitely.

tldr: It doesn't make sense, but I learned a lot and it was fun.

I used the official Cowboy app with a cheap Android phone (Moto G7 Play) and also an my wife's iPhone SE (both first and second gen). On the iPhones the Bluetooth works a lot better, once the app opens it's almost instant. But: unlocking takes about 15 seconds: taking your phone out of your pocket while you're fiddling with the lock (7s), finding the app (3s), opening it (3s), unlocking (2s). If you do this 2 times a day for 365 days it will take 3 hours. So, I decided to spend a week and a couple hundred euros building a solution for this... :D

I wanted the experience to be more like my car key. So, I set out to build a foldable key fob with 3 buttons: turn on, turn off, toggle the lights. The physical key should unlock the battery.

Here is the result:

First I built a prototype with an ESP32 dev board using the Arduino IDE. Got everything working, but then figured out that even the separate chip would never fit in a car key enclosing and could not be powered by a CR 2032 coin cell, as the ESP requires quite a lot of power. I have to say that the ESP32 was a joy to program. Learning about BLE GATT took some time, but then copying the commands and UUIDS from the Bronco Unleashed source code was super easy. But anyway, in the end it didn't work because of the power constraints.

After doing some more research I found the nRF52 ecosystem. The chips are tiny and very low power. It should easily be able to last a year on a CR2032. However, the programming experience was much much worse than the Arduino IDE. There is a big migration from the nRF5 SDK to the nRF Connect SDK, and most posts don't mention this. Also, the IDE targets SVN instead of GIT., it is all very niche. Nevertheless, after a couple of weekends I got it to work. 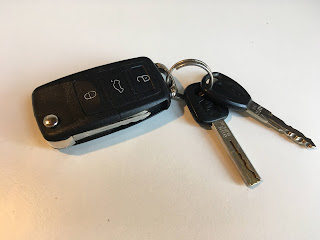 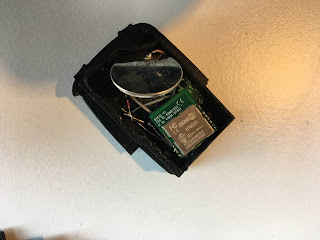